As soon as Xu Zhaixing and Zhao Jinjin entered the room, there was a discussion outside.

The man who just took the initiative to greet Xu Zhaixing was called Annan, formerly an editor at a top fashion magazine. And most of the designers and models in the room know each other and him, he was a good socialite.

As soon as the door was closed, he spoke.

“My goodness, 16 years old, this should be the youngest one in so many years, right?”

“Yes indeed, she is the youngest contestant that ever make it to the semi-finals.”

“The future generation is so fearful.”

Designing was not a profession where diligence could make up for incompetence. It attaches great importance on talent, it was right to say that 99% was made of talent and 1% for the effort.

Sometimes expertise and experience were not good as flash of inspiration.

If a 16 year old could enter the final round that must been what they call talent. When they were talking about her, admiration and envy were hard to hide. However one female designer on the far side of the makeup table who had not said anything, and was only busy doing the hair’s model suddenly spoke coldly.

“Design draft can enter semi-final but it will a different story for the final product. Talent for designing is important, but hands-on ability can’t be supported by talent. That is just exaggeration, not worthy of praise.”

Annan’s personal aesthetic has always been very fond of young girls with vitality and beauty. The little girl who just came in was the perfect representation of his aesthetic, and listening to her ridicule he couldn’t help but resent the latter.

“Since someone dares to come, it means they have what it got and is qualified and once she comes out we’ll know, but even if the finished product is not that good it is already impressive and awesome for a 16 year old to get here in the semifinals. If that is not worth the praise then what is it called?”

The female designers knows that he had wide range of contacts, her face didn’t look good but she did not speak further and just snorted.

But she said was also true.

In addition to finished clothes, the competition stipulates that the makeup and the hair of models—from head to toe should be done by the designer and not by other people. Only in this way could they represent their work as complete.

The female model who followed in just now was quite pretty but her hair was drape and her face obviously only had a makeup base and lipstick. After changing clothes and coming out, she still had to design her model’s hair and makeup.

Annan couldn’t help but worry about the little girl that he’d only met once.

As he was thinking about it, the door to the changing room opened.

All the designers stopped what they were doing and looked over in unison.

Zhao Jinjin walked out with the dress while Xu Zhaixing squatted behind her to take care of the long dress, pointing to the 27th dressing table she said.

Zhao Jinjin obediently let go of her hand and immediately the qing sha1 on the side of her waist slipped like a watery pattern. The dress behind her slowly unfolded with her pace, and for a moment the room was full of stars.

The eyes of everyone including the models all fell on Zhao Jinjin alone.

On their eyes, there was only one description.

From the top to bottom, from left to right it was like the fading night sky mixed with deep blue on the hemp of the dress melted into a starry broken diamonds that looked like floating. They couldn’t decide whether it was the person wearing was beautiful of the dress was beautiful as they complimented each other, reflecting each other making them more beautiful. Only after a long time did Annan murmured as he came back to his senses.

“I’ll vouch for that child.”

He didn’t continued putting on the makeup for his model and just directly squatted behind Zhao Jinjin from the back to the waist of the dress and final his line of sight landed on the hem of the dress that was full of diamonds.

There were at least a thousand of them.

He turned his head and asked Xu Zhaixing who was opening the makeup box.

“You sewed these on by hand, right?”

The difference between hand and machine was obvious in his eyes.

“If I were to sew so many of these, my eyes would have to go blind, youth is good.”

As soon as the dress appeared, everyone was convinced. Annan was very fond of this little girl now, he hurriedly stood up and give her a business card.

“Meet me. My name is Annan, I’ll contact you often in the future!”

The business card was written as the editor-in-chief of Li Magazine and it was Xu Zhaixing’s turn to be amused.

Isn’t this one of the four major publications in the future?

No, at this time the Li magazine has not yet developed into one of the four major magazine and was still struggling on the edge of transition due to the impact of new media. In the past the marketing number drew a piece for S-star, the fans were quite excited at that time while Xu Zhaixing did not understand what the magazine cover mean to the star so she specifically do her homework and checked the information about this magazine and found out that they once almost closed down.

It was said that whoever it was and whoever turned the tide it had only revived the Li magazine as they abandoned the previous style and broke everything all from scratch.

Question was, she had forgotten who it was.

She put his business card away and politely extended her hand.

“Hello my name is Xu Zhaixing and I don’t have a business card.”

Annan smiled and shook her hand.

Annan cheered her up.

“Go for it kid. By the way, do you know how to do hair and makeup?”

Xu Zhaixing wink at him and said.

“Yes, brother you go busy yourself. Your model is still waiting for you.”

Annan was in his thirties, long past the age to be called brother but when he heard her calling him brother the young girl has gained another level of affection from him.

Zhao Jinjin looked at all of these through the mirror and couldn’t help but mutter to Xu Zhaixing who started to do her makeup.

“What brother, he can obviously be your uncle.”

Xu Zhaixing poked her face and pinched her ear.

“Then he will not be happy.”

In the past, when she just graduated from school she used to call people who were more than 20 years older than herself as brother. This was the unspoken rule in the industry and a way of survival.

Zhao Jinjin was praising Xu Zhaixing in her heart: Miss is so awesome, miss is so cute whe she plays it safe.

Xu Zhaixing put on the base makeup and began to concentrate on her makeup.

“Miss, do you know how to do makeup? Why don’t I do it myself? Can you tell which is eyebrow pencil and which is the eyeliner?”

“If you talk again I’ll turn you into a flower.”

Since Annan came early, at this time the model’s makeup and hair were done. He just let the model sit on the sofa to rest and went to Xu Zhaixing to observe.

“What’s name of the dress?”

Xu Zhaixing half squatted as she used a pen to draw a cinnabar mole at the corner of Zhao Jinjin’s eye and whispered.

“I knew it, by just looking on the dress I know that the meaning of it has something to do with flying I really am right!”

While observing he could see at first glance that the little girl’s makeup technique was too skillful not only was she good but also fast. At first when he looked at the two curved thin eyebrows on Zhao Jinjin’s face he had some objections since this was not the popular shape of eyebrows and the eye makeup was not a good match. He was considering whether to voice out his opinion.

But as the eye makeup gradually took shape, he knew he was wrong.

Xu Zhaixing made the eye makeup was obviously in line with Chinese style. The uncoordinated curved eyebrows were immediately become the finishing touch making the whole face of the model graceful.

As the makeup gradually set, the amaze look on Annan’s eyes become more and more visible as he couldn’t help but asked another question.

“I haven’t seen this method of putting the makeup before, the shade you used is so innovative ah.”

“No, I’m using the aesthetics of ten years ago.”

Several other designers have been listening to Annan asking questions since they could not just leave their models behind and asked themselves so they could only continue to listen. Zhao Jinjin opened her eyes and said.

“What are you doing? Don’t steal our miss secret techniques!”

Annan stared at her for so long and finally remembered who she was.

“Eh I know you, aren’t you the little snake demon from peach blossom! Wasn’t your name Zhao?”

“Okay, okay, I’ll remember that. Don’t you act on drama, then why are here modeling? Changing to modeling? What did you call Zhaixing, miss?”

“You have too many questions.”

Then she went back and closed her eyes and stopped talking all together.

Xu Zhaixing: When a chatterbox meets another chatterbox there is always a party that will surrender.

After the makeup was done, Xu Zhaixing started to do her hair. She tied Zhao Jinjin’s long hair with a ribbon of the same color and with the dress and began to make a bun. Annan watched as she turned her smooth hair into such complicated and beautiful bun. 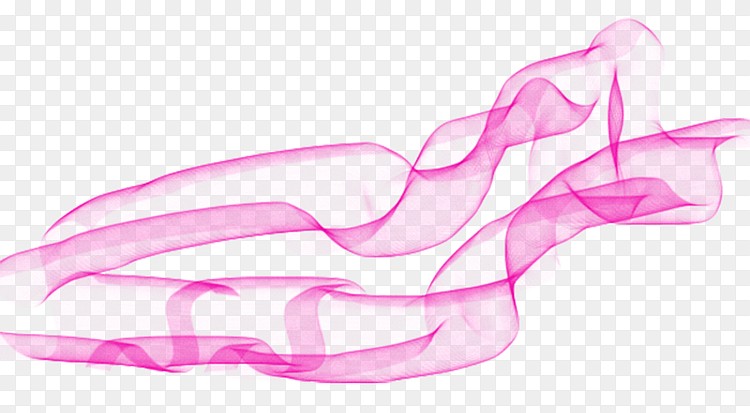